Burglar is a stealth challenge in Dunwall City Trials. The aim is to steal six Clockwork Eggs and as many valuables as possible from a manor while avoiding detection by the guards.

"Sneak into the mansion to recover six Clockwork Eggs and as many valuables as you can, such as heirlooms, paintings, and coins."

The player starts outside the mansion containing the clockwork eggs, and must avoid detection by the guards around and inside it. The round is over if the player is caught three times. The score varies with a multiplier which is increased for each egg collected, and decreased each time a guard is alerted, killed, rendered unconscious or his body discovered. Coins, paintings, heirlooms and a map are scattered around the mansion and can be collected to increase the score, but only the eggs will validate the challenge. Time will also reward extra points at the end of the challenge.

There are multiple ways into the manor, but only two can be accessed without Blink. The first is the main entrance, the second one is the kitchen's back door on the right side of the building, and is also the best way to get into the mansion unnoticed. The second floor can be accessed from the outside with Blink from the front balcony or by a window to a bedroom on the left side.

Avoiding the guards is best approached the same way it is in the single-player campaign: watching the guards to memorize their patterns of movement and stay behind them. These patterns do not change with the difficulty. It is best not to deal with guards at all, as it will decrease the score multiplier and new ones will appear eventually and replace them in their patrol.

The multiplier when picking up loot is based on how many guards are left standing at the time an item is picked up. For example, if the player incapacitates all of the guards, collects the eggs, then the rest of the loot, a score of only about 12,000 will be obtained. If the house is looted from bottom to top, knocking out guards along the way, the score will be about 20,000. 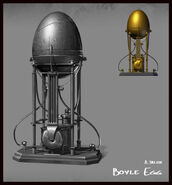 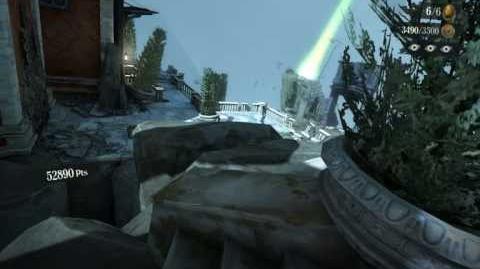