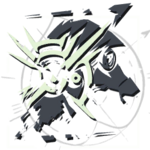 Arcane Bond is a supernatural ability that Daud may unlock in The Knife of Dunwall. This power is specifically applied to another power that Daud can possess: the Summon Assassin power.

Daud already possesses Tier I of Arcane Bond, which gives his summoned assassins access to his Blink and Vitality powers, granting them the ability to teleport and giving them more health.