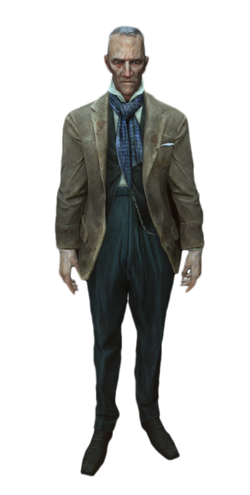 William Trimble is a character found in The Brigmore Witches. He functions as a nurse for the leader of the Hatters and is commonly referred to as "Nurse Trimble".

Trimble's portrait as an assassination target.

Retrieved from "https://dishonored.fandom.com/wiki/William_Trimble?oldid=110480"
Community content is available under CC-BY-SA unless otherwise noted.