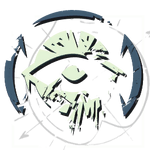 Void Gaze is a supernatural ability in The Knife of Dunwall and The Brigmore Witches. A combination of Corvo Attano's Dark Vision and the Heart, it allows Daud to see creatures and key objects through walls, as well as detecting bone charms and runes. Void Gaze costs 20% of Daud's total mana, making it one of only three powers (along with Blink and Pull when used on objects) in the DLC which can be used indefinitely without running out of mana.

With Tier I Void Gaze, Daud can determine the location of runes and bone charms, and see in the dark.

With Tier II Void Gaze, creatures, lines of sight, weapons, mechanisms and other items of interest are highlighted for Daud, even through walls. Additionally, the range of any sound that other characters may react to is represented visually.