Dishonored is a one-of-a-kind game. With its unique graphics and gameplay, it is one of the surprise titles of this year that manages to impress all. Drawing inspiration from games such as Half-Life, Assassin's Creed and various others, for me it seems to combine the best part of all these games - and that's what makes Dishonored one of my potential Game of the Years.

In the mission I played at Gamescom 2012 I was tasked with finding and abducting Anthon Sokolov, the Academy of Natural Philosophy, and the Royal Physician of Dunwall. It is far from easy to get to him though, as his mansion is heavily guarded by the City Watch. It's up to Corvo to find himself a way inside.

And finding that way inside is exactly what makes Dishonored stand out. Instead of just providing the player with one simple way of entering the mansion, in Dishonored the player can instead choose several paths inside the building. The player can either sneak himself a way in, slice a way through the guards or try something completely different - anything's possible.

To assist the player with getting in, they can utilize various powers and gadgets, such as "Blink", which teleports the player over a small distance, giving them for example the height advantage. The player also has the option of teleporting right behind an enemy and slicing his throat.

Dis2.jpg
Add a photo to this gallery

What really surprised me is that all these tactics work really well, and Corvo has abilities for each of the situations. However, the base combat system is relatively simple. You use one button to block, and one to attack. Naturally you can use powers to assist you in killing your enemies, but that doesn't change the fact that the combat system feels a bit simple.

The stealth system overall also works well. By going into stealth mode, Corvo will lose some of his speed, but he will also be much harder to spot in the shadows, allowing him to sneak up behind his enemy and either silently kill them, or strangle them unconscious - the choice is yours.

After finding Sokolov, I once again had several options to get out. I could leave through the front door, but if I had left any guards alive they might find me. Alternatively, I could find a power source to take the elevator down, or I could teleport myself a way down with Blink. The variety of possibilities greatly increase the replayability of the game.

The graphics in the game are also great. They have their own unique style that really fits the dark world Dishonored is set in. The environments also have a great atmosphere, and are well-designed to cater to Corvo's various methods of infiltrating.

Overall, Dishonored felt like a great game, with many options to explore and great gameplay mechanics. It is set to be released on October 9th for PC, Xbox 360 and PlayStation 3. 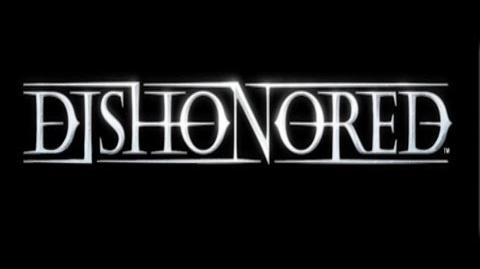