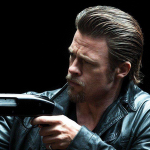 138 Edits since joining this wiki
August 28, 2012
0 Discussion posts
Add Image
This place is nice. So i'm going to stick around.

The Joker is of course not the Joker from Batman, nor Mass Effect, but rather from a small country town in Gransys who chooses to fight exclusively with hammers. To date, the hammers have never responded to his insults. 8-Bit Jack (talk) 19:30, February 9, 2013 (UTC)

Joker's favourite past time activities include, but aren't limited to: asking to be hit by random motorists, burning piles of money with priceless cigars and expensive fuel, hitting people with pipes, and having exact clay replicas of himself made. He is also writing his new novel: Dictionary II: The Return of the Killer Dictionary, with a foreword by Rowan Atkinson. His motivation is the lack of rude words in the original book. --The Crimson Eagle (talk) 01:26, April 7, 2013 (UTC)

Retrieved from "https://dishonored.fandom.com/wiki/User:The_Joker%7E?oldid=30194"
Community content is available under CC-BY-SA unless otherwise noted.