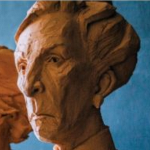 A position of zero influence or importance in the Abbey of the Everyman, the role of Mice Overseer was created by High Overseer Thaddeus Campbell as a means of keeping his idiot brother out of the way of his political machinations. Perfectly content in his role as Chief Superintendent of the Rodent Affairs Bureau, the brother was safely kept busy feeding the mice in the corner of a disused broom cupboard.

However, in the chaos that followed the downfall of High Overseer Teague Martin, the position was never abolished, and up-and-coming Overseers dread appointment to 'The Closet' to this very day.

The Heart quotes on me

Retrieved from "https://dishonored.fandom.com/wiki/User:Mice_Overseer?oldid=130892"
Community content is available under CC-BY-SA unless otherwise noted.