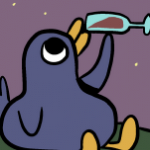 I am Grizzhly and have been a Dishonored fan since I saw footage of the game's intro mission on Youtube. I have played the game multiple times since, prefering the non-lethal routes while doing so. While I enjoyed Dishonored 2 as well, I felt as if something were missing although I can't exactly say why.

Some of my favourite characters Edit

"You make an eloquent plea, for a man with innocent blood on his hands..."

"Everyone you love, everything you hold dear, I'll destroy..."

Add a photo to this gallery
Friendly Facts
Retrieved from "https://dishonored.fandom.com/wiki/User:Grizzhly?oldid=158947"
Community content is available under CC-BY-SA unless otherwise noted.