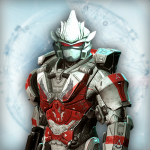 "Men must be free to do what they believe. It is not our right to punish one for thinking what they do, no matter how much we disagree!"
—Altaïr Ibn-La'Ahad

Welcome to my User Page. You can leave a message here and I'll try and get back to you. I usually check the wiki at least once a week so bear with me. I'm also an Apprentice at the Assassin's Creed Wiki, so you may want to check out my User Page there.

I also write Halo/Assassin's Creed crossover fan-fiction. You can check it out at Spartan's Creed.

"Nothing is True. Everything is Permitted."
—Completely irrelevant quote from Ezio Auditore.

From an early age, Gabriel Isaac Auditore has enjoyed speaking in the third person. He is a regular gamer with regular hobbies. Assassin's Creed is his favorite video game series, followed by Halo, The Elder Scrolls and Prototype (Requiescat in pace...). He also occasionally plays RuneScape under the username goth_istiaq. He has used various household items to make several non-lethal weapons from Assassin's Creed. His pastime is slacking off in chem lab making smoke bombs out of potassium nitrate and sugar. He also does the occasional sketch or Photoshop project. If you have any image or edit requests, feel free to ask.

Retrieved from "https://dishonored.fandom.com/wiki/User:Gabriel_Auditore?oldid=29559"
Community content is available under CC-BY-SA unless otherwise noted.