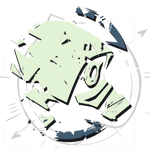 Summon Assassin is a supernatural ability in The Knife of Dunwall and The Brigmore Witches. It allows Daud to summon an assassin, who will then attack any characters hostile to Daud in the immediate area; the abilities of the assassin depend on Daud's other abilities and his level of Arcane Bond. Summon Assassin consumes 40% of Daud's total mana.

With Tier I Summon Assassin, Daud can summon a novice assassin to attack foes.

An assassin being summoned. 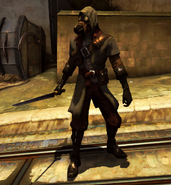 A summoned assassin fights Daud's enemies.
Add a photo to this gallery

Retrieved from "https://dishonored.fandom.com/wiki/Summon_Assassin?oldid=147990"
Community content is available under CC-BY-SA unless otherwise noted.