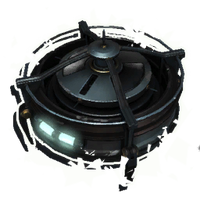 The stun mine is a gadget that Daud can acquire in The Knife of Dunwall and in The Brigmore Witches DLC, and that Corvo Attano and Emily Kaldwin can acquire in Dishonored 2. Invented by Anton Sokolov as a non-lethal alternative to the arc mine,[1] stun mines unleash bolts of electricity at nearby enemies, rendering them unconscious.

Icon for the stun mine. 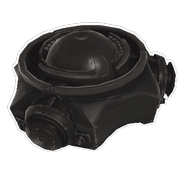 A stun mine in Dishonored 2. 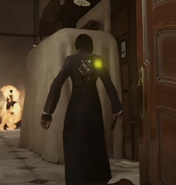 Emily attaches an upgraded stun mine to her own Doppelgänger. 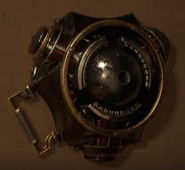 A stun mine in the Dishonored 2 reveal trailer. 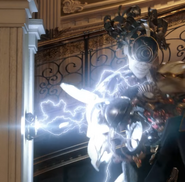 The same stun mine destroying a Clockwork Soldier.