"If yer so sure, then you shove it."
—Stu talking to the other thug.

Stu is a minor character and a gangster who appears in Dishonored during the mission House of Pleasure. He is a member of the Bottle Street Gang, who is sent by Slackjaw, along with other thugs, to raid the Art Dealer's Apartment owned by Bunting.

Stu and the thug try to open the safe. 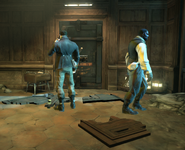 Stu and his friend.

The two thugs from the top. 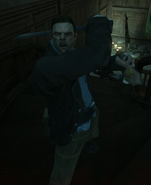 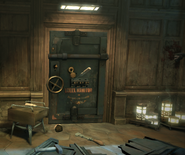 The safe Stu tried to open, and a few heads