The Street Musicians are a couple of performers found throughout Karnaca in Dishonored 2 and Dishonored: Death of the Outsider. A woman playing the violin and a man playing a Serkonan guitar, they play popular songs for bystanders in the streets or in local establishments. Listening to each of their songs in Dishonored 2 unlocks the Songs of Serkonos achievement.

The street musicians are first found near the Bandera Passage rail car station in the Campo Seta Dockyards, performing "The Coup" for shoppers. They also carry with them the lyrics to "Watery Grave". They reappear in the Crone's Hand Saloon in the Dust District, playing "Silver and Dust" for the Howlers, and also have the lyrics to "The Sands of Serkonos". They can be found one last time at Amparo Plaza in the Palace District, playing "Born in the Month of Darkness" for the residents but also carrying the lyrics to "Jewel of the South".

Harming or killing any of them will prevent them from appearing later on. Also, if all of the black market shops were robbed up until The Grand Palace mission, the plaza they should appear will instead be the scene of an ambush by the Howlers.

The street musicians can be found performing "The Coup" to residents of Upper Cyria on a belvedere near Malveros Victory Plaza during the mission Follow the Ink. The female musician also traded her bowler hat for a cap. 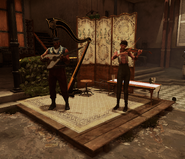 The musicians at the Crone's Hand.

The musicians at Amparo Plaza.

The musicians in Upper Cyria. 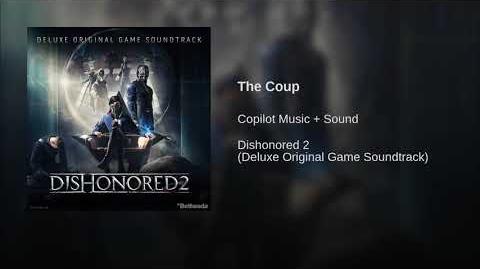 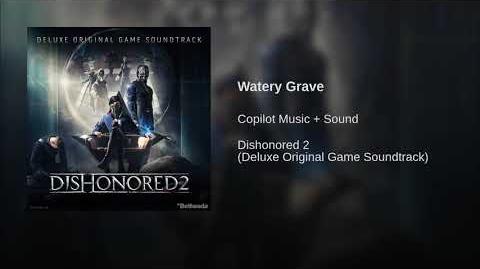 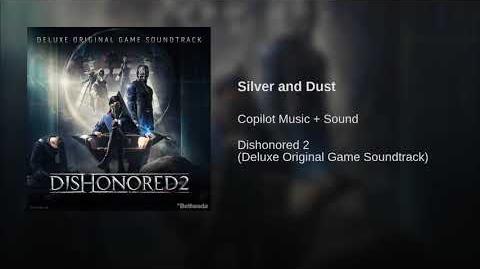 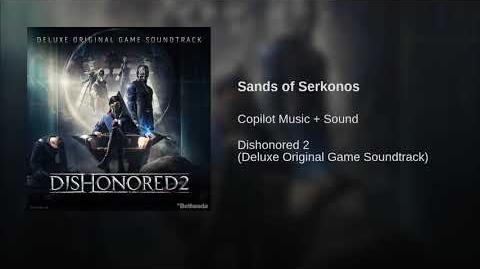 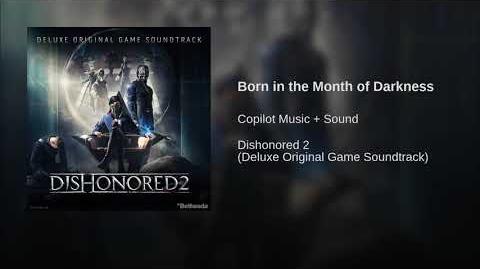 Born in the Month of Darkness 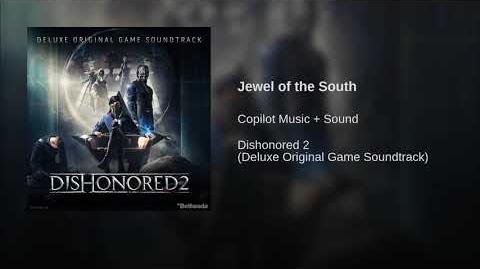 Jewel of the South
Add a photo to this gallery

Retrieved from "https://dishonored.fandom.com/wiki/Street_Musicians?oldid=169159"
Community content is available under CC-BY-SA unless otherwise noted.