Dishonored Wiki
Register
Don't have an account?
Sign In
Advertisement
in: City Watch, The Knife of Dunwall, Enemies
English

Soldiers are members of the Gristol Army found in The Knife of Dunwall. They act as guards alongside the City Watch outside the Timsh Estate, as well as General Turnbull's personal guards during the mission Eminent Domain.

They are rather weak enemies, without any noteworthy abilities. Their fighting style is similar to that of City Watch Lower Guards. They also have a similar appearance to Lower Guards, with only uniform colors differing between the two classes. 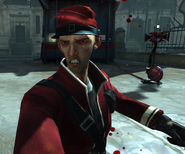 A soldier at the Timsh Estate.

A soldier takes a swipe at Daud with his sword. 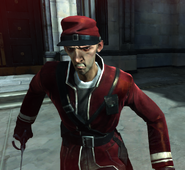 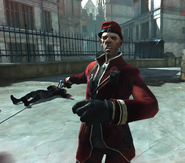 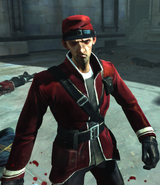