Semblance is a supernatural ability in Death of the Outsider. Granted to Billie Lurk by her Black Shard Arm, it allows her to appear and sound as any person whose image she has stolen.

Quotes by bystanders overheard by Billie when under the effects of Semblance can be found here. 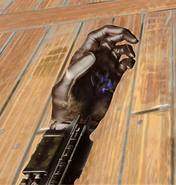 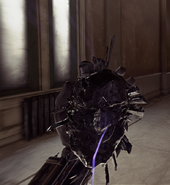 Billie holding the identity of her victim.

A full view of her power in use. 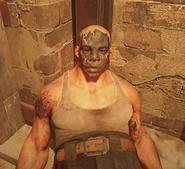 The face of a victim of Semblance.

Using Semblance on the unconscious Jacobi. 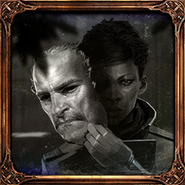 Semblance in the icon for the achievement The Face of the Abbey.
Add a photo to this gallery
Retrieved from "https://dishonored.fandom.com/wiki/Semblance?oldid=167152"
Community content is available under CC-BY-SA unless otherwise noted.