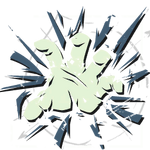 Pull is a supernatural ability exclusive to The Brigmore Witches that allows Daud to lift and manipulate objects and bodies from afar. Pull consumes 20% of Daud's total mana if used on small items like coins, or 40% if used on a body. 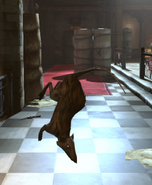 Corvo Attano being held by Pull (no green light effect).