"She goes after the rich ones who cry and faint at the first sign of trouble. She can’t wait to take their pocket watches, jewels, and pride. Resents them for their easy lives."
—The Heart[1]

Mindy Blanchard is a character in Dishonored 2. She is a member of the Howlers Gang and adjutant underboss to their leader, Paolo.

Mindy was born in northern Morley, and like many of her countrymen, she has a finely honed talent for art.[2] She is a tattoo artist,[3] who owns the tattoo studio Mindy's Ink in the Dust District, and uses squid ink, oxrush flowers, and orchids as ingredients for her inks.

At some point, Mindy saw the Mark of the Outsider on a strange, dessicated hand that Paolo possessed. Although not knowing the true meaning of the mark, she understood that this is what gave Paolo his strange ability. Obsessed with this power, she had been trying to use whale blood and grease in order to recreate the Mark.[2]

During the mission Edge of the World, she can be found near the black market shop at Campo Seta Dockyards. When approached, she tasks the protagonist with recovering the corpse of Amadeo Monte for her, promising her assistance in reaching the Addermire Institute in return. If the corpse is delivered to Blanchard at a nearby dentist office, it is revealed that Mindy dug a grave for the corpse. After burying the man, Mindy makes good on her promise and tells the protagonist that she deactivated the electricity of the nearby railway, allowing the protagonist to reach Addermire Station by walking over the rails.

It is possible to encounter Mindy at the Crone's Hands Saloon in the Dust District if she is not killed during the mission Edge of the World. If the protagonist bring Byrne over to the saloon, she will offer to tattoo them. At this point, if Emily/Corvo refused the Outsider's Mark, they will decline by saying "I've managed to avoid strange marks on my skin so far"/"No, it took long enough for the last one to fade".

Mindy outside the black market shop. 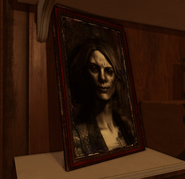 A silvergraph portrait of Mindy. 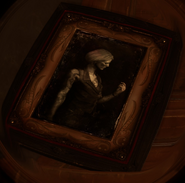 Draft of one of Mindy's tattoos. 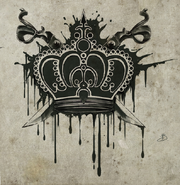 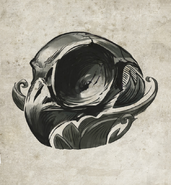