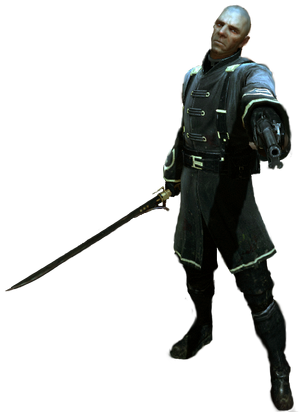 "I thought the great Daud was a master assassin. Spinning his webs, worshiping at accursed shrines. All it took was one mistake and you're finished."
—Overseer Hume, while fighting against Daud

Leonard Hume is the Overseer who leads the assault on the Whalers' headquarters in The Knife of Dunwall, and is the assassination target of its final mission, The Surge.

A zealous man in search of glory, Hume moves his company into the Flooded District in advance of a coordinated attack on the Assassin stronghold. While his surprise assault initially cripples the Assassin forces, his overconfidence leads him to underestimate Daud; the Assassin leader is able to infiltrate the captured headquarters and neutralize Hume, whose forces collapse thereafter. In the process, Daud learns of the greater attack ahead of time, and the Assassins wipe out the remaining Overseers. Corvo Attano can see the aftermath of this counterattack when he visits the Flooded District.

Daud has the option to kill or capture Hume. If he chooses the latter, Billie Lurk will tell him that Hume has been taken away for interrogation. 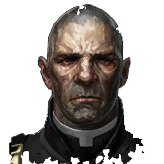 Hume's portrait as an assassination target. 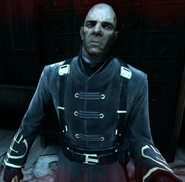 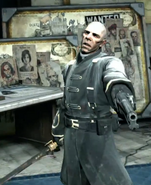 Retrieved from "https://dishonored.fandom.com/wiki/Leonard_Hume?oldid=168091"
Community content is available under CC-BY-SA unless otherwise noted.