"Welcome to my party. I don't believe you've had the pleasure."
—Lady Boyle

Lady Boyle refers to Waverly, Esma and Lydia Boyle, the three sisters and heiress of the Boyle family, one of the most illustrious aristocrat line in Dunwall. The Boyles are influential figures in Dunwall, holding the annual Boyle Masquerade and other lavish parties and gatherings at their ancestral home in the Estate District.

One of the sisters is the secret mistress and financier to the Royal Spymaster and later Lord Regent, Hiram Burrows. As such, she aided in the assassination of the Empress, and is the assassination target during the mission Lady Boyle's Last Party in Dishonored. During the mission, her identity is randomized, varying in each playthough. In Dishonored: The Corroded Man, the canonical continuity carries Waverly Boyle over as Burrows' financier and mistress.

"It's all wonderful, the new Sokolov devices. Those fierce walls of light, keeping the riffraff at bay, and now we've got electrical lighting in the evening, making our garden dinners much more pleasant. And all it costs is a bit of whale oil simply plucked from the ocean. It's a marvelous age to be alive."
—Waverly Boyle[1]

A wealthy woman and the youngest of the Boyle sisters, Waverly owns Boyle Mansion, the location of the mission Lady Boyle's Last Party. She is noticeably more paranoid and serious than either of her sisters – if Corvo Attano asks to take her somewhere private, she will rebuff him, saying she does not know him, or his family. On the other hand, she responds readily to the claim that her life is in danger (which validates her previously-held fears[2]), and complies with his instructions thereafter.

According to the Heart, Waverly "suffers from reckless frivolity, followed by long bouts of melancholy."[3]

In his memoirs, Treavor Pendleton refers to Waverly as a "traitorous little weasel."[4]

According to two guests are her party, it is common knowledge among the aristocracy that Waverly likes to dress in red.

Now a matter of public record, Lady Waverly Boyle was kidnapped by the obsessive Lord Brisby at the annual Boyle Masquerade of 1837. From there she was taken to Brisby's old family estate on a recluse island, unable to return to Dunwall due to being marked as a criminal. Brisby disappeared a few years later, a rumor speculating Waverly had arranged for his disappearance, though no one could find any evidence. She is still alive by 1851, supposedly doing quite well for herself with Brisby's family fortune.[5]

"Oh, but this is perfect, I love it! What happens next? Are you gonna tie me up?"
—Esma Boyle

The promiscuous sister,[6] Esma's sexual activities and untidy habits frequently put her at odds with her sisters. Waverly regards her as a drunkard,[2] while the Heart notes that she "drinks to forget herself."[7] Further investigation using the Heart reveals that Esma once gave birth to a daughter, a process that was excruciating for her. It is unknown whether the child survived or not, but the experience left Esma unable to become pregnant again.[8]

The kidnapping of her sister Waverly in 1837 sank her into depression. The event drove her to argue with her remaining sister Lydia, which drove both of them into isolation within their estate for years. However Esma finally recovered and took her family mantle, finding her life's purpose in the annual Boyle Masquerade. She attempted to cure her sister Lydia's own dementia by having her consult the Royal Physician Anton Sokolov. When he finally declared her incurable, Esma had her sister secretly locked somewhere in the Boyle Mansion, tended to by discrete servants, and her death officially pronounced.[9]

Still alive in 1851, she continues to hold the traditional party each year at her estate.[5] During the 1851 Masquerade Ball, she agreed to the Royal Protector and Spymaster Corvo Attano's participation to the festivities' security detail. When the Whalers assaulted the party and took the upper hand, she remained calm enough to put on an act and distract her captors for Corvo to strike back. She however lost all composure when the gang's leader Zhukov brought her sister with him, revealing her terrible fate to the party attendees. Lydia's murder on Zhukov's orders was the last stroke she needed to finally withdraw from the family affairs, leaving her place to her nephew Ichabod Boyle.

"We have an exquisite old harpsichord. Do you play?"
—Lydia Boyle

The mysterious[10] and musical Lydia bemoans her inability to find a true musician in Dunwall to take as a lover.[11] If Corvo convinces her to go somewhere more private, she will take him to the music room. The Heart notes that she is one of the greatest musicians in all of Gristol,[12] a skill she has cultivated in the absence of sociability or great beauty.[13]

Like her sister Esma, Lydia was deeply affected by the kidnapping of their sister Waverly in 1837. It drove her and Esma to argue, her sadness and anger being unbearable. Unlike her, she never recovered and was officially declared moonstruck. At some point, she was dragged away in a straitjacket and spent months of isolation in a padded cell, being tended to by the Royal Physician Anton Sokolov. When he finally declared her incurable, Lydia was brought secretly back to the Boyle Mansion to be secluded in a closed-off wing of the Boyle Mansion and tended to by discrete servants. Esma pronounced her death to hide her illness to the public eye, and so Lydia spent her remaining years away from any human contact. Her anger grew even more as she was forced to only listen to the annual Boyle Masquerade.

By 1851, no one had seen Lydia in years, not even her sister Esma.[9] During the 1851 masquerade ball, Zhukov, leader of the Whalers, visited her in her isolation so she could reveal to him the location of a hidden vault beneath the mansion, promising to save her. Zhukov went as far as revealing Lydia to the party-goers, to the horror of Esma. Eventually she is killed by Galia Fleet for her bones, at Zhukov's command.[14] 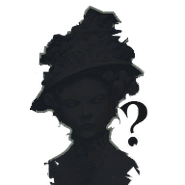 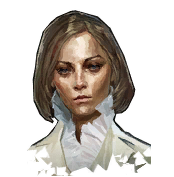 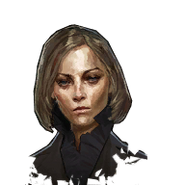 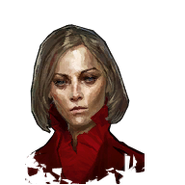 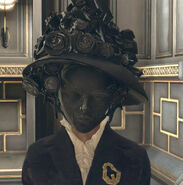 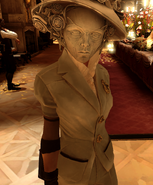 Boyle sisters in red and white. 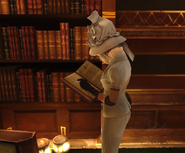 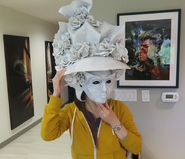 A replica of Boyle's mask held in the Arkane offices in Austin, Texas.