Domino is one of Emily Kaldwin's supernatural abilities. It allows her to link several human targets so they will die or fall unconscious together. Domino has a variable mana consumption: Marking the first target is free, while linking it to others consumes 25% mana per target, meaning an overall loss of 15% when linking four people and waiting for mana to recharge between each link. 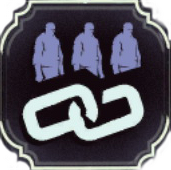 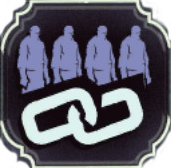 Domino in action.
Add a photo to this gallery

Retrieved from "https://dishonored.fandom.com/wiki/Domino?oldid=163783"
Community content is available under CC-BY-SA unless otherwise noted.