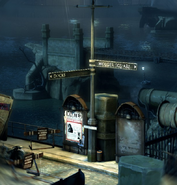 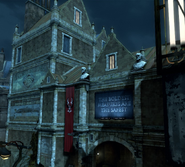 An aerial map of the district.