Displace is a supernatural ability in Death of the Outsider, granted to Billie Lurk by the Black Shard Arm and the Sliver of the Eye. At the cost of one portion of Void energy, Billie can return to where she last placed a marker. 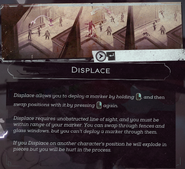 The tutorial as seen in game.

Billie placing a marker on top of the pipe. 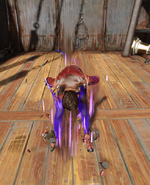 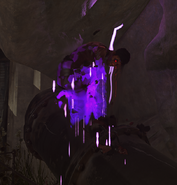 A marker on the other side of a fence. 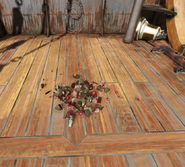 The shards left over by a marker.

Displace interpenetration, killing a guard and knocking Billie down. 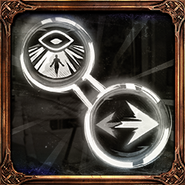 The icon for the achievement Clever Planning.
Add a photo to this gallery
Retrieved from "https://dishonored.fandom.com/wiki/Displace?oldid=170492"
Community content is available under CC-BY-SA unless otherwise noted.