The Dishonored Roleplaying Game book is a hardcover book of rules for the fantasy roleplaying game of the same name. This new tabletop RPG is designed by Modiphius Entertainment and is set within Arkane Studios’ Dishonored video game franchise. The book is also available in digital format for a lesser price.

On December 10, 2020 it was announced that the Dishonored Roleplaying Game was going to get support in 2021 including a dice set, Gamemasters Toolkit and PDF scenario releases such as The Assassins Four.[1]

"In Dishonored: The Roleplaying Game, players delve into the turbulent Empire of the Isles, to tell stories of occult lore, intrigue and drama. The Dishonored Corebook contains all the rules and background information you need to kickstart your adventure."
—Modiphius Entertainment[2]

This scenario is set in 1827 in Dunwall, in the lingering aftermath of the Morley Insurrection, and centers around the tough life of the Morleyan community in Dunwall. The Player Characters assume the roles of former insurrectionists arrested after the war and transferred to Coldridge Prison to serve a life sentence of labor.

Session 1: Voice of the Voiceless

The Player Characters arrive in the Coldridge Dockyards Confinement Center, a highly secured extension of the prison system that doubles as a whale slaughterhouse and oil refining facility. The facility was built by the Coldridge family in the later years of the Insurrection as a way to help Gristol's war effort on the back of Morleyan prisoners. Julie Coldridge, a noblewoman and an oligarch, manages the prison with an iron fist, at the cost of the Morleyan inmates' lives.

Clarissa Hiirgaard, one of the inmates with a position of leadership, enlists the PCs' help for her escape plan, which involves blowing up a whale carcass as distraction. At night, one of the PCs is visited by the Outsider who offers to help them by giving them the ability to turn into a rat in order to snatch keys from guards. At the end of the session, Clarissa Hiirgaard, the PCs and other inmates escape the confinement center through the Dunwall Sewers.

Session 2: War Within a Breath

The group of escapees reach the Distillery District through the sewers. They meet there a local Morleyan community established in the district after the Insurrection. Marika Moller, a senior lieutenant of the Hatters gang and a community leader, suggest the PCs to look for a job at the Greaves Whale House in the Rudhsore Financial District.

The situation at the slaughterhouse is a powder keg. The Morleyan workers there are mostly part of two gangs in war: Bottle Street, native Morleyans from the Distillery District seeking power, and the Hatters who look to preserve their homeland's traditions and bring social justice to their community. At the heart of the conflict is Luke "Old Man" Greaves, the oil company's proprietor, who lets the gang war go on in order to distract his workers from revolting against his business's terrible work conditions. The PCs are approached by Mikael Hauger, an old Morleyan and one of the factory's supervisors, who is aware of their escape from Coldridge. He proposes them to deal with both Greaves and Lady Coldridge who drive their community to the ground.

Under Mikael's guidance, the PCs seek to make both Bottle Street and the Hatters cooperate in their plans against the cruel oligarchs. They eventually convince representatives of both gangs to gather in Marika's granary barn, with Marika representing her gang and Greg Falkenheimer, a Bottle Street leader. They come into agreement and form a group of 27 gang members with the PCs. They plan to assassinate Julie Coldridge during the Fugue Feast, where they would suffer no legal repercussion for the act. For Greaves however, the group is divided between pushing manifestation at the dockyards or his estate or straight out claiming his head. The meeting is cut short by the action of the City Watch setting the White Clove Inn, a drinking place for the Morleyan workers, on fire. The attack was carried by the private watch employed in Coldridge Prison, as retaliation for the breakout, and claimed the lives of several Morleyans.

Session 3: Ashes of the Fall

The burning of the White Clove Inn divises the intentions of the group. The Hatters want retribution and are ready to march on the local City Watch outpost. Their leadership suspect fool play by the Bottle Street gang, who in turn now seem hesitant on carrying the agreed plans. The Player Characters are tasked in maintaining cohesion in the group.

The PCs investigate the situation and eventually find out that Lars Njemal, one of their fellow escapees, was approached by an agent of Julie Coldridge. They track him down to the edge of the city. They discover that he was asked to spy on the Morleyan community with the promise of restoring his leadership position at Coldridge Prison and his death sentence for the escape revoked. Lars, another victim of the system of abuse perpetuated by the likes of Coldridge, pleads desperately for his life while the Outsider whispers to one of the PCs about the consequences of killing or sparing him. The former choice will facilitate bringing together Bottle Street and the Hatters, at the cost of Chaos.

Whatever the PCs decide for Lars's fate, they move back to the Greaves dockyards. There, the workers gather and discuss with the PCs on the course of actions to bring down Luke Greaves. An assassination could send a clear message to the ruling class but be met with violent retaliation. A protest would inspire others to stand up and fight for their rights, but will most likely be met with a violent repression. After agreeing on what to do, the PCs move on Greaves Estate in the Water District to gather intel on their target.

At Greaves's mansion, the PCs can spy on a discussion between the oligarch and three of his business partners. Coldridge and Greaves are in a competition for the whale oil market, which the former is winning thanks to the inexpendable workforce she is getting from Morleyan prisoners being shipped to her prison. The PCs can decide on eliminating Greaves during the mission, at the cost of the trust the Morleyan gangs are putting into them. If they keep on with their mission, they will fall back to meet with Bottle Streets and the Hatters and share their information.

From this point, the group has to decide on how to proceed with Greaves. Either they infiltrate Greaves Estate by night to assassinate or coerce the oil baron, or they set a march with the workers to surround the mansion and force him to surrender. In the former plan, stealth is key, while the second will be met by fights with the City Watch and Greaves's possible death by the hands of the rioters.

Session 4: Sleep Now In the Fire

Two days after the operation against Greaves, the Player Characters and the gangs regroup at the Meyer Staple, a bar in the Distillery District, to discuss the next part of their plans: taking out Julie Coldridge. The PCs' contact reveal that the Empress intervened to keep down the repression of the City Watch on the workers' march against Greaves. Coldridge might have influenced her in order to get rid of her competition. She however reinforced her security measures and has now the City Watch tracking down the escapees. One of the prison's watch guards, Ethan Finchley, is willing to act as an insider in exchange of the PCs' help.

Ethan's lover, Leonard, was captured and sentenced to Coldridge's Confinement Center. While he escaped with the rest of the PCs' group, Leonard has been hiding out at his cousins' home in the Tailors District. He now plans to escape the city by reaching the mouth of the Wrenhaven River where Dominic, Ethan's father, will be waiting for him. He is however afraid of being intercepted by the City Watch currently cracking down on the Morleyans in Dunwall.

The PCs meet with Leonard at an abandoned mill in the Water District. From there they take a boat downriver, passing eventual City Watch checkpoints by the docks, until they enter the sewage system of the Tower District, canals that the PCs previously used to escape from the Coldridge Dockyards. After delivering Leonard to Dominic, one of the PCs experience a vision of Ethan and Dominic's fate based on the overall Chaos. They still get the intel promised by Ethan: Lady Coldridge plans to move to Poolwick and let the City Watch purge Dunwall out of Morleyans protesters. The best plan of action is to hit on her caravan on the northern roads during the Fugue Feast.

The gang members and the PCs make preparations and move to intercept the caravan, which is protected by sixteen guards. The Outsider appears one last time to propose one of the PCs the choice to possess Lady Coldridge's pet snake, granting them the opportunity to kill her with a poisoned bite. If they instead successfully assault the caravan, they can either decide to kill her or let her go, the later choice though would not change her ruthless ways and simply contribute to more chaos. They also find a letter Coldridge was fiercely holding on to. Its content reveal that a conspiracy was set against Larisa Olaskir under the cover of the Morley Insurrection to push Euhorn Kaldwin into power. This event benefited Coldridge by having her correctional facilities funded by the Empire, while also obtaining prisoners to work in her factories. 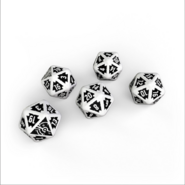 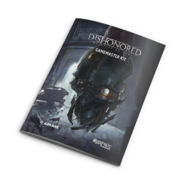 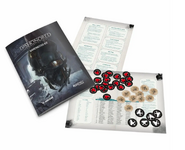