"It's happened again. Someone's pulled the rug out from under you. An empire at your feet, and you've lost it all. Be honest, did you really deserve any of it? More important, what would you do to get it back?"
—The Outsider

Dishonored 2 is a first-person stealth and action video game, developed by Arkane Studios and published by Bethesda Softworks. It was released on November 11, 2016, for PlayStation 4, Xbox One and PC. It was first announced at Bethesda Softworks' first E3 showcase, on June 14, 2015. The project was headed by creative director Harvey Smith, lead designer of Deus Ex and lead of Deus Ex: Invisible War. Sébastien Mitton returned as the Art Director of Dishonored 2.[1]

"Take Back What's Yours."
—Marketing tagline

Dishonored 2 is set 15 years after the events of the original Dishonored. The Rat Plague has long since been eradicated, but new problems have arisen in Dunwall. An unidentified serial killer known as The Crown Killer has murdered a number of political opponents of Emily Kaldwin, the reigning Empress of the Empire of the Isles, undermining her rule. She is soon overthrown in a coup led by the mysterious Delilah Copperspoon, who claims lineage to the throne, and Luca Abele, the Duke of Serkonos.

The game features two playable characters: Emily Kaldwin, the dethroned Empress, and Corvo Attano, the protagonist of the original Dishonored and father of Emily. Each character has their own set of unique abilities and dialogue. During the course of the coup, the Outsider's Mark is removed from Corvo who loses his supernatural abilities. Depending on the protagonist chosen, either Corvo or Emily are turned to stone by Delilah. The other must then escape from Dunwall and seek to defeat the conspirators by setting out to Karnaca, the capital city of the isle of Serkonos, aided by Meagan Foster and her ship, the Dreadful Wale.

The mysterious being known as The Outsider returns, offering his Mark which may be refused if the protagonist so wishes. The protagonist must travel throughout Karnaca, which is plagued by large parasitic insects known as bloodflies and wracked by dust caused by the overmining of silver ore. To defeat the coup, key figures need to be eliminated and new alliances may need to be formed, all while deciding just how much blood to shed in the process.

Dishonored 2 features multiple endings that are, similarly to the original Dishonored, dependent on the chaos level, as well as the choices made throughout various points in the game.

Dishonored 2 borrows many of the gameplay elements from the original Dishonored. Players define their own playstyle by blending immersive first-person action, assassination, stealth, mobility, and the game’s combat system. Combining tools at their disposal, players are allowed options to eliminate enemies, whether they choose to pursue them unseen or ruthlessly attack head on with weapons drawn.[3] The player can also eliminate key targets by arranging an "accident" for them to fall into, veering on the edges of poetic justice.[4]

Dishonored 2 features the same campaign style as its predecessor in which the protagonist must advance through a series of missions, using a creative blend of powers and weapons.[5] Emily has her own set of unique abilities while Corvo retains his now deepened and expanded abilities from the original game. The game features branching upgrade paths for its powers[4] but also offers the option to play entirely without supernatural abilities.[6] These abilities feature a lethal and non-lethal upgrade path.[7]

After playing the opening prologue of the game as Emily Kaldwin, the player will be faced with a permanent choice to play as either Emily or Corvo for the remainder of the game. Each character retains their own, unique abilities, with Corvo's "Blink" being substituted with Emily's "Far Reach", along with several other original powers.[8] The game can be completed entirely without taking a single life in the process.[9] Dishonored 2 also features system for crafting bone charms.[10]

Each level in Dishonored 2 has a unique theme, whether in "fiction" or "mechanic." For example, in one mission, players can extrapolate tensions between two rival factions to further their own ends, aid one in its fight against the other, or neither. Occasional dust storms hinder the AI's sight and visibility, allowing the player to move by stealthily. Throughout missions, the player can come across random encounters with the citizens of Karnaca. For example, one instance involves a gang member threatening to expose a black-market dealer, and the player is offered the option to diffuse the situation. In-between levels, the player will take refuge on the Dreadful Wale, a ship where a player can rest and upgrade their gear.[11]

The majority of the game occurs on the tropical Isle of Serkonos, in the city of Karnaca. There, insects called "bloodflies" hatch in dead corpses, and act as a substitute for the Rat Plague present in the original Dishonored. Players are encouraged to hide bodies from these flies to prevent them from attacking him/her, but can also use them to harass enemy guards.[12] Players who kill more characters will notice an increased bloodfly count in future missions.[11]

"It all started for us with thinking about Emily. We just imagined: what would Emily be like down the road, as an empress. What would she be like as a character to inhabit?"
—Harvey Smith[[src]]

When development on Dishonored 2 began, co-director Harvey Smith admitted that creating a game that topped Dishonored and its hordes of accolades was a daunting challenge.[13] A number of ideas were bounced around on how to improve on the original while at the same time remaining true to it. The core idea was to introduce Emily as a playable character.[14] Corvo was intended to be voiced in the original Dishonored, but the idea came too late in the development process.[13] To this end, both Emily and Corvo were voiced in the sequel in order to bring greater emotional depth to the characters.[15] Depending on the player's chaos level, the voiced protagonists react differently to the environment around them.[13]

As the developers began work on Dishonored 2, a complete re-work of the chaos system of the first game was envisioned. Realizing that some players killed based solely on what The Heart said, the team decided to make it a gameplay element. Different guards elicit different personality traits, ranging from sympathetic, guilty, or murderous. In an interview with Rolling Stone, Smith provided an example of the mechanic. "You approach a guard, and it can say he works double shifts to feed the family down the street." Thus, killing that guard would give the player a higher chaos rating than killing a corrupt or immoral one.[13]

To address concerns that the first game was too easy, the developers increased the game's difficulty dramatically. A number of settings are available to the player to toggle how hard it is for the AI to detect them. For example, whether or not guards can spot them leaning around corners.[8]

The development team was inspired by southern Europe when choosing the aesthetic style of the game.[4] The designers sought to make Dishonored 2 look like a "painting in motion," and chose the game's color palette and artistic look accordingly. To create a believable world, the developers used a "layered design process" to enhance world-building. Food, song, architecture, and climate are all based on the people living in the city, with special attention catered towards how people would organically inhabit the gamespace. Furthermore, development focused on the history of locales the player can visit, designing locations based on what a building had been used for before the player arrived, or by showing watermarks on the walls from past floods.[16]

The standard edition of Dishonored 2 for pre-orders is the Limited Edition. It contains the game as well as a digital copy of Dishonored: Definitive Edition.

Dishonored 2: Collector's Edition was announced on June 12th, 2016 for PC, Playstation 4 and Xbox One. It contains the game as well as several other bonuses:

For the transcripts of the postcards, see Dishonored 2 Promotional Written Notes.

Starting mid-October 2016, GameStop retailers were giving away fake postcards sent from Karnaca to Dunwall. The front side featured Karnacan posters and the back side a signed handwritten note with an address in Dunwall.[17] 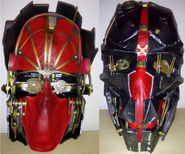 The ring and display case from the Collector's Edition.

Side cover art from the Collector's Edition.

Side cover art from the Collector's Edition. 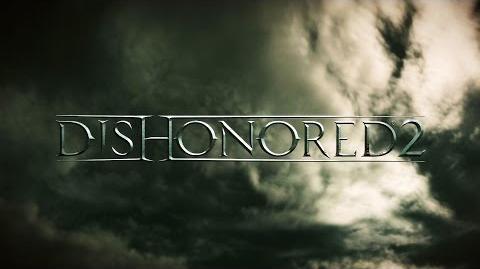 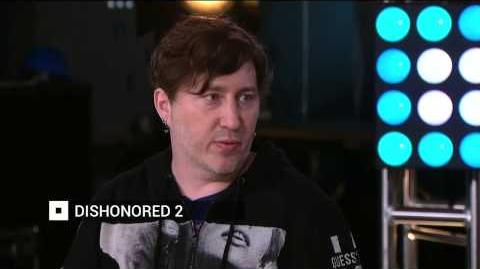 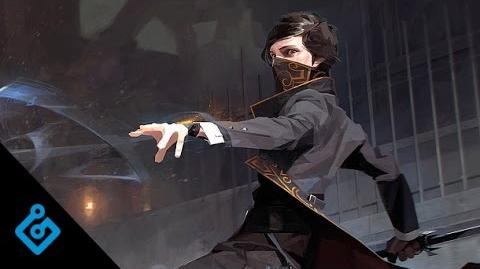 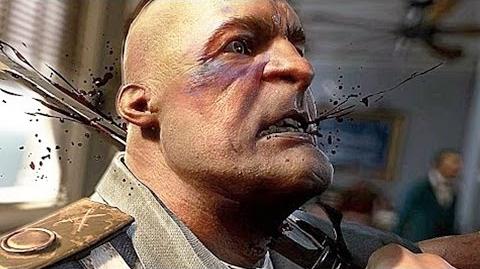 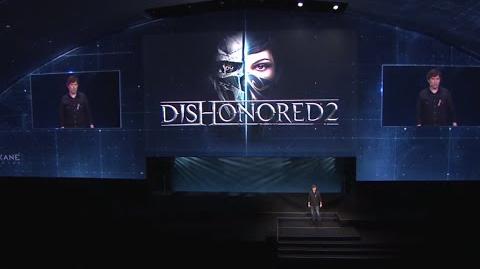 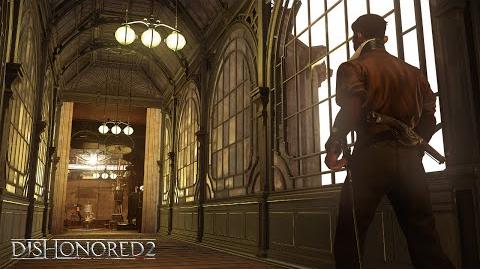 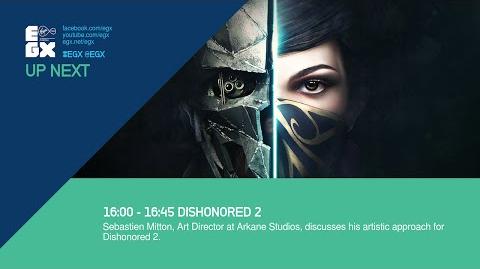