The Grand Palace
Death to the Empress is the final mission in Dishonored 2, in which the protagonist must enter Dunwall Tower and eliminate Delilah Copperspoon.

Depending on the chaos level, if the protagonist goes into Foster's cabin and reads a letter on the desk, Foster will either stay on the deck (low chaos), or disappear (high chaos).

The level starts with the same map of the mission A Long Day in Dunwall. Most of the street is barricaded and the tower itself lies in ruins. Bodies of City Watch Guards and civilians litter the street. In place of the old pub by the docks, a Black Market has set up shop. The docks themselves are devoid of people as packs of wolfhounds are on the streets. If the printer of the Dunwall Courier has been saved or never visited at all the brave man will still be here typing away, and will offer his support. Another survivor can be found in alley with side entrance to Dunwall Courier. There is a witch standing guard atop a ruined building that will attack Corvo or Emily if they walk on the now destroyed railways. In front of the main gate of Dunwall Tower, many Overseers are found dead, alongside their wolfhounds. The door to Emily's hidden chamber has also been closed.

Inside Dunwall Tower there are statues of Delilah. If you talk to any statue of her here, Delilah will know you're coming, and you will have a much harder time sneaking up on her later. The palace is guarded by witches and Clockwork Soldiers.

Near the entrance of Dunwall Tower, the protagonist will see the last of the Overseers that died in the assault. Some are hung from the chandeliers and on the steps of the foyer, High Overseer Yul Khulan lifeless body is propped up. The witches also attached two bonecharms to the High Overseer in order to disrespect his beliefs. Taking the bonecharms will trigger an ambush by witches and gravehounds.

In the chapel, Corvo or Emily can make a corrupted rune used in to neutralize Delilah non-lethally. Combining the algae, pigments, and human bone in the room, gathering the ingredients and placing them on the table to make the rune.

Corvo or Emily can go to the Throne Room through Emily secret room or through the elevator after restoring power in the basement.

Delilah waits inside the Throne Room. If Corvo or Emily talked to her statues here, she'll have summoned two gravehounds in anticipation and will sit in the Throne. If not, she'll be consumed in her painting work. Sneak up behind her before equipping the heart and using it on her.

Corvo or Emily will be blasted back as her spirit returns, and she'll enter her painted world, beckoning you to follow.

To neutralize Delilah non-lethally, don't follow through the painting just yet, instead, head up to the Throne and place the corrupt rune on it.

In the painted world there are legions of statues before Delilah sitting on the Throne. This is a trap, because between the statues there are 4 are clones of Delilah. The Delilah sitting in the throne is also a clone, as the real Delilah is in a ledge above the entry portal.

Corvo or Emily can neutralize Delilah and her clones lethally or non-lethally. If the non-lethal approach is chosen the player must bring back the unconscious body of Delilah through the painting and place her on the throne.

There are multiple endings based on whether the player caused high chaos by indiscriminate murder, or achieved low chaos by refraining from taking lives. In the High Chaos ending, the player is faced with the choice of freeing Emily / Corvo from petrification or leaving them that way forever. If Emily is not left in stone, she becomes a vengeful empress and brutally purges Delilah's supporters, with Corvo by her side in one form or another. If Corvo leaves Emily petrified, he takes the throne for himself and becomes a brutal tyrant known as Emperor Corvo "the Black". Meanwhile, Karnaca is either ruled by a new tyrant or collapses completely into anarchy and, if still alive, Sokolov becomes a broken man after having borne witness to the perversion of his work and is exiled to his home country. In the Low Chaos ending, the player frees Emily / Corvo from their imprisonment. A council of representatives (or Corvo, if he makes himself the new duke) takes charge in Karnaca and brings the city back from the brink. Emily becomes a fair and just ruler, reuniting the Empire with Corvo by her side. Sokolov, proud to see his work used for good, returns to his home country. In either ending, if Meagan – who is revealed to be Billie Lurk – survives, she leaves to search for Daud, leading to Dishonored: Death of the Outsider.

An old wall of light, found in a room adjoining the great hall. 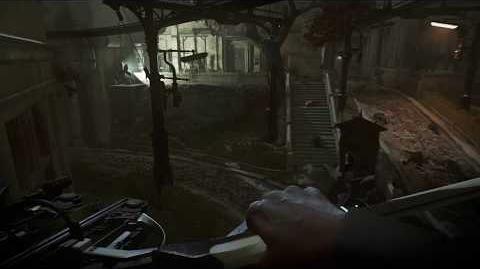 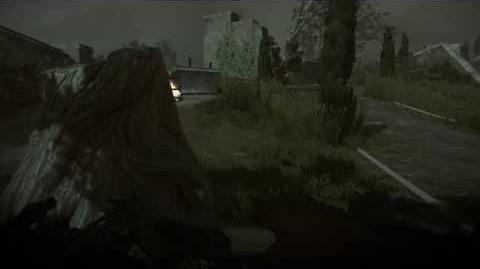 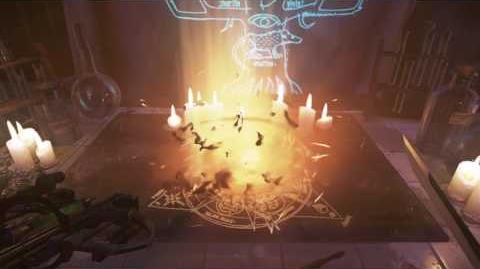 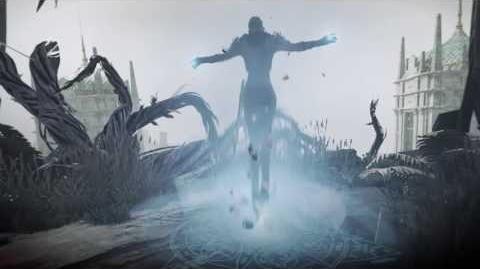