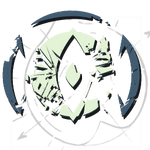 Dark Vision is a supernatural ability in Dishonored and Dishonored 2. It allows Corvo Attano and Emily Kaldwin to see creatures and important objects through walls, while also visually alerting them to the noises they make. Dark Vision costs 20% of the user's total mana, making it one of only four powers (along with Blink, Void Gaze and Far Reach) that can be used indefinitely without running out of mana.

Daud has a variation of this ability called Void Gaze.

With Tier I Dark Vision, creatures and their line of sight are highlighted for Corvo, even through walls. Additionally, the range of any sound that other characters may react to is represented visually.

With Tier II Dark Vision, weapons, mechanisms and other items of interest are highlighted for Corvo, even through walls. 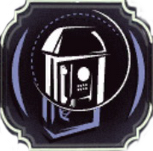 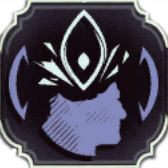 Dark Vision as it appears in the first issue of Dishonored: The Wyrmwood Deceit.