Assassin
Lord Protector to the Empress
Corvo Attano is the protagonist of Dishonored, originating from the Isle of Serkonos. Previously a bodyguard to the Empress, Jessamine Kaldwin, Corvo is stripped of his title of Lord Protector and imprisoned by the usurper, Hiram Burrows, then Royal Spymaster, on the pretense of having murdered his charge.

Corvo is legendary for his efficient combat skills and stealth capabilities, along with his supernatural abilities; which were bestowed upon him by The Outsider.

He is capable of using unusual gadgetry, which aids him in situations which require stealth, and also in head-on encounters. Accompanying this, Corvo is highly proficient with both ranged and melee weapons, such as the sword and the crossbow.

Items unique to Corvo are a supernatural item known as the Heart, crafted by the Outsider, and his Sword, crossbow, and mask, which were created by the inventor, Piero Joplin. 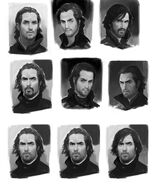 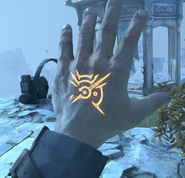