By My Hand Alone

Get to Wave 13 in Back Alley Brawl killing all combatants personally.

By My Hand Alone is an achievement/trophy in the Dunwall City Trials DLC.

To unlock this achievement, Corvo Attano must kill every target in Back Alley Brawl personally. To this end, it is advised to go after the targets that are hostile to other targets to prevent them killing each other (e.g. kill all the weepers before going after the City Watch). The total required kills are:

If at the end of a round Corvo does not have the correct number of kills, he must restart the challenge. The achievement is acquired when Daud stops time. 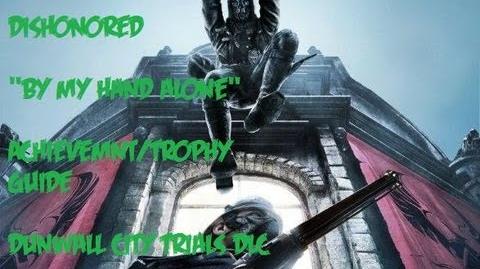