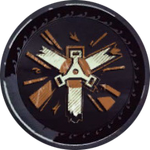 Bonecharm Crafting is a passive supernatural ability in Dishonored 2 and Dishonored: Death of the Outsider which allows Emily Kaldwin, Corvo Attano, and Billie Lurk to create custom bone charms from raw whalebone and bone charms they have already collected. In Dishonored: The Corroded Man, Zhukov uses this ability to create corroded bone charms which far exceed the capability of regular charms, albeit for limited uses.

Traits are the basic abilities granted by a bonecharm and the first requirement to craft new ones. They are learnt by sacrificing simple bonecharms collected in the world. Traits can't be learnt from breaking black, corrupt and custom charms. The Trait Synergy upgrade allows the same trait to be used up to four times, which can be used to make a more powerful version of its original charm. Traits are listed in 9 different categories depending on the ability they grant. The complete list of traits can be found further below.

Raw whalebones is the second requirement to craft bonecharms. They can be collected in the world or by sacrificing existing bonecharms. Runes can be sacrificed with the upgrade Craft and provide much more material. The amount of raw whalebone per item sacrificed is as follows:

The cost in raw whalebone to craft bonecharms is higher than the added traits:

Crafted bonecharms of three or four traits also have a chance of corruption (respectively medium and high), which results in an additional negative trait. This chance can be decreased by learning the Witch Crafting and Master Crafting upgrades. The negative trait itself is random and not related to the traits of the new bonecharm, although it is the negative equivalent of one trait or another. A complete list of corruptions can be found here.

Runes can also be crafted with 9 raw whalebones with the upgrade Craft Runes. Since spent runes are carried over in New Game +, more can be crafted by sacrificing all bonecharms at the end of the game and start with more abilities than what a single playthrough can provide. 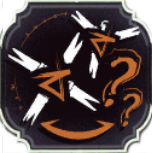 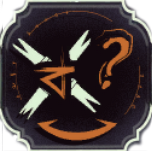 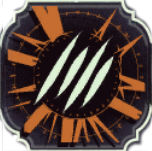 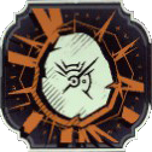