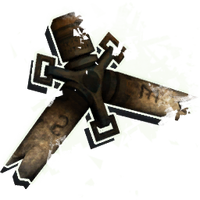 Bone charms (or bonecharms) are mystical objects created from the bones of whales, humans and other animals, each with a unique effect on the user's constitution and abilities. Corvo Attano, Daud, Emily Kaldwin and Billie Lurk can discover these items throughout the Empire and use them to complement their mission strategies.

In the days before the Empire, ownership of bone charms (including those made from the tusks of walruses in Tyvia, as well as from the claws and teeth of bears in Pradym, a city in Tyvia) was tolerated, as their effects were said to improve the lives of lowly serfs and prevent pregnancies.[1] However, with the coming of the industrial revolution arising from Esmond Roseburrow's research on whale oil, the Abbey of the Everyman banned the use of bone charms, dubbing them witchery.[2] Retaining bone charms is now considered a criminal offense, and there is a workshop at the Office of the High Overseer dedicated solely to the destruction of bone charms.[3]

When they are equipped, bone charms provide a variety of enhancements, such as improving the effects of elixirs and remedies, swimming speed, jumping ability, equipment, and strengthening the user's supernatural powers. Other bone charms exist that have functions that do not affect gameplay,[1] but none of these can be found in the Dishonored franchise.

The beer taps in the Hound Pits Pub and the drink tap at the Boyle Mansion count as faucets.

These appear in Corvo's room in the the Hound Pits Pub after first meeting the Outsider, with the purchase of the respective pre-order pack or DLC.

In Dishonored 2, most of the old bone charms appear, though many have been changed in name or exact function. In addition, bone charms fall under different categories, making crafting easier.

Duelist's Luck and Void Favor can only be obtained from the Imperial Assassin's Pack.

Introduced in The Brigmore Witches, Corrupted Charms are bone charms with powerful beneficial effects counterbalanced by embedded penalties. They are created by breaking apart functional bone charms and fusing them back together with additional pieces of whalebone.[5]

Risky Parry can only be obtained by looting Paolo's body.

Actual corrupted bone charms are not provided or shown, but the following possible traits are mentioned.

These abilities may be found on Black or Corrupted Bone charms.

Corroded Bonecharms were introduced in Dishonored: The Corroded Man. These charms grant far more powers than regular ones but drain the life force out of their users.[6] They are also unstable, eventually corroding themselves out either over time or through repeated uses. Zhukov crafts them but requires many due to to their instability. They are small enough to fit inside a person's palm, octagonal, and crafted out of copper wire and bone.[7] When used, they burn with a red and orange glow,[8] and eventually char themselves to the point of disintegration.[9] Drawing too much power form them might even set the users on fire.[6]

In Dishonored 2 and Death of the Outsider, Emily, Corvo and Billie have access to the Bonecharm Crafting supernatural ability. This allows them to sacrifice bone charms to gain their traits, which they can craft to create their own custom bone charms. Each time a new bone charm of three or four traits is crafted, it has a chance of becoming corrupted. Unlike standard corrupted charms, the corruption might not be related to the trait or traits that comprise the new bone charm. Depending on playstyle, corruptions can sometimes be helpful. 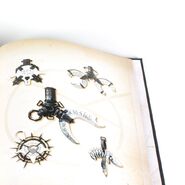 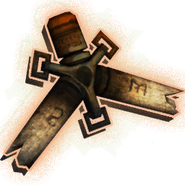 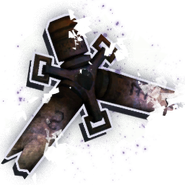 A corrupted charm in Dishonored.

Closeup of a bone charm. 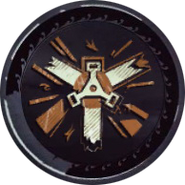 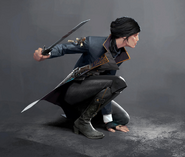 Emily Kaldwin with a Bone Charm. 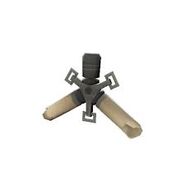 A whalebone charm as it appears in Team Fortress 2.

Cultist performing a double-jump attack granted by Agility bonecharm.
Add a photo to this gallery

Retrieved from "https://dishonored.fandom.com/wiki/Bone_Charms?oldid=170695"
Community content is available under CC-BY-SA unless otherwise noted.