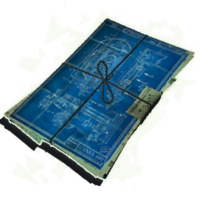 Blueprints are schematics that Corvo can give to Piero to alter the various technologies he encounters throughout Dunwall. Some of these upgrade Corvo's equipment and some produce new kinds of ammunition. The full list is below:

Retrieved from "https://dishonored.fandom.com/wiki/Blueprints?oldid=17294"
Community content is available under CC-BY-SA unless otherwise noted.