Billie is a serious and straightforward woman, always focusing on the task at hand and how best to accomplish it. She is subsequently quite blunt in her interactions with others, speaking frankly about those she dislikes, at one point calling Delilah Copperspoon "a bit of a bitch". Billie also delights in exacting revenge and justice, wishing painful death on those she deems wicked. Her personality changes depending on Daud's chaos level; for instance, in low chaos she will knock guards out, but in high chaos she will kill them, saying things such as, "What's one more body, right?" 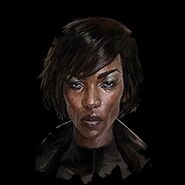 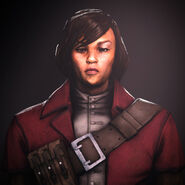 Billie during the assassination of Jessamine Kaldwin. 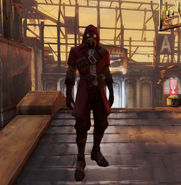 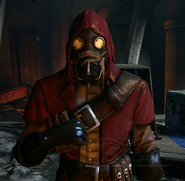 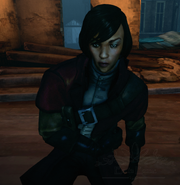 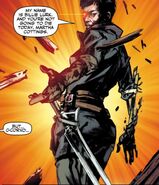 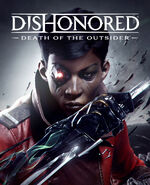 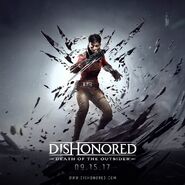 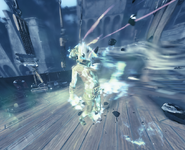 In the result screen. 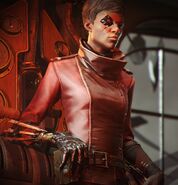 Retrieved from "https://dishonored.fandom.com/wiki/Billie_Lurk?oldid=169679"
Community content is available under CC-BY-SA unless otherwise noted.