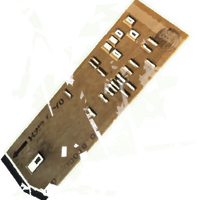 Audiographs are audio recordings in the world of Dishonored and are mainly used as logs by its people. They consist of punch cards which can be recorded and played with an audiograph player. This page lists all audiographs found during the various missions of the Dishonored franchise, as well as the conditions for them to appear.

Return to the Tower

A Crack in the Slab

A Hole in the World

Retrieved from "https://dishonored.fandom.com/wiki/Audiographs?oldid=167358"
Community content is available under CC-BY-SA unless otherwise noted.