Headhunter
Assassin's Run is an action challenge in Dunwall City Trials. The aim is to kill every enemy with only the crossbow while navigating the level as quickly as possible.

"Armed with just a crossbow, proceed through the level and shoot your targets as fast as possible while avoiding shooting civilians."

The player is given a fully upgraded crossbow with unlimited ammo as their only weapon. There are six rooms to navigate, and all of the targets in one room must be killed before proceeding to the next.

At the start of the game, try to headshot the assassins while sneaking. This will net the player a point bonus, but they must make sure they do not become overwhelmed by the assassins.

In the third room, disregard stealth. The next attackers are weepers, so the player must shoot as fast as they can, or get on high grounds, out of reach. Look out for the civilian wearing a mask.

In the fourth room, the targets will again be assassins, but they will be on the offensive. They will appear in the room after the player's entrance and immediately attack; dispatch them as quickly as possible and move to the next room.

The fifth room is empty, and two assassin targets (one of whom is holding a aristocrat hostage) are outside on a nearby island. These assassins are perhaps the easiest to accurately headshot, as the player will not be attacked while in the room.

The sixth room is large with many obstructions and hiding places. Three assassins will appear at the beginning; avoid their tethering ability as much as possible, and dispatch them by whatever method is most suitable.

The player will get 300 pts for a headshot, and a surprise shot adds a 50% bonus to the points, so the two together give them 450 pts.

To get a kill combo, the player must kill multiple enemies in a row without missing, in a certain amount of time.

If they choke the enemies if the first room, and align them in front of the door, the player can get 6 kills in a row, the 3 first are unconscious so it isn't a surprise shot, but the next 3 ones can be surprise shots if well made. At the beginning of the 3rd room, a player can have (3*300 + 3*450) *6 = 13,500. With practice, the 5 weepers can also be killed with 5 consecutive headshots for extra points. 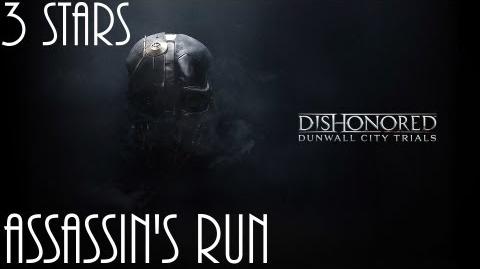