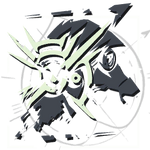 Arcane Bond is a power that Daud may unlock in The Knife of Dunwall. This power is specifically applied to another power that Daud can possess: The Summon Assassin power.

Rank One: Daud already possesses the first rank of Arcane Bond, which gives his summoned assassins access to his blink and Vitality powers, granting them the ability to teleport and giving them more health.

Retrieved from "https://dishonored.fandom.com/wiki/Arcane_Bond?oldid=34340"
Community content is available under CC-BY-SA unless otherwise noted.