Hypatia was a friend of Theodanis Abele, the previous Duke of Serkonos. Recognizing her talent, Luca Abele forcibly confined her to her workplace, the Addermire Institute. Although the public was told that Hypatia did not leave Addermire in order to create a new serum against the bloodfly fever, Hypatia was in truth a prisoner of Abele.

In the months following the end of Delilah's Coup, Hypatia reopened the Addermire Institute. Realizing now the long-term side-effects of her Addermire Solution, she ceased its production. She recalled any vials still on sale and started offering health check-ups to all those who consumed the serum. By the time of Dishonored: Death of the Outsider, Addermire Solutions have been completely removed from circulation in Karnaca. 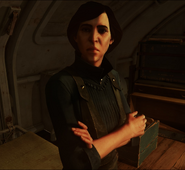 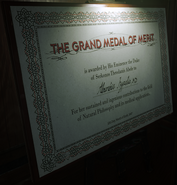 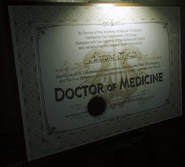 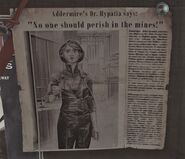