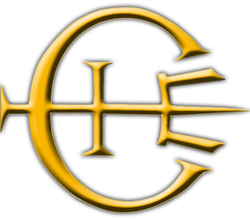 "There is nothing that keeps men at any one moment out of the cold and shivering Abyss, but the vigilance of the Abbey."
—High Overseer Falke Barrowe[1]

The Abbey of the Everyman, or simply the Abbey, is a religious order in the world of the Dishonored franchise, spread and enforced by Overseers and headed by the High Overseer. Based in the cities of Whitecliff and Dunwall, the Abbey's ideology centers on the belief that "the universe is unknowably vast and swarming with all manner of dangerous spirits and forces, most of which are hostile to man's existence".[1] The primary goal of the Abbey is to stand against the Outsider, but it is also tasked with civil matters, such as officiating marriages and regulating the Isles' calendar and the Fugue Feast.[2] Under Lord Regent Hiram Burrows, the Overseers of the Abbey are granted the full authority of a civilian police force.

The High Overseer during the early events of Dishonored is Thaddeus Campbell, who remains in command until he is neutralized by Corvo Attano. This act throws the Abbey into a state of disarray. Shortly after the elimination of Campbell, Loyalist Teague Martin is named the new High Overseer through blackmail but as his role was short-lived and illegal, the official successor to Thaddeus Campbell is Yul Khulan.

High Overseer John Clavering ordered the Abbey to be built in Dunwall, starting in 1701, and in 1705, the Abbey entered the Rectification War,[3] a "large unifying conflict" against the other religions of the area. In this conflict, the offending groups were quashed by the Abbey.[4][5]The war was ended in 1708 by the Siege of White Cliff, during which a great number of heretics were "cleansed" by the early Abbey in the town of Whitecliff. Several days of sermons followed, which were transcribed into the Abbey's holy book. It was in this year that the Abbey's construction was completed.[3]

High Overseers and the Base of Power

The Abbey is centered in Whitecliff, where the invocation ceremony for new Overseers occurs, as well as in Dunwall, where the Office of the High Overseer is located in Holger Square. The old Abbey, their main place of congregation, is also located in Dunwall but was shuttered during the time of plague and the reign of the Lord Regent.[7] The Abbey is divided between the Overseers and the Oracular Order, an all-female order based in Gristol and Serkonos, headed by a High Oracle, and tasked with interpreting prophecies.

During the Dunwall coup in 1852, High Overseer Yul Khulan managed to escape to safety and later rallied a force of overseers to assault Dunwall Tower and Delilah's coven. The attack proved to be disastrous as Delilah controlled a number of clockwork soldiers, which are completely impervious to the effect of music boxes. Most of the overseers were slaughtered by the killing machines or turned to stone by the witches. Yul Khulan was dragged away and killed inside Dunwall Tower. His body was propped up in the grand hall, to act as a trap to whomever try to enter the tower. It is revealed that, Emily Kaldwin, after being restored to the Throne, has ordered the dissolution of the Abbey and confiscated all of their treasures, official or hidden.[8]

The Abbey has no stated deity (and indeed opposes worship in the traditional sense), although it places special importance on astrological and cosmological movements - the organization regulates the calendar based on the observation of cosmological signs,[9] and in eulogies, the deceased is bade to "fade and merge with the Cosmos".[10] The Abbey follows a strict set of doctrines known as the Seven Strictures, which dictate how followers of the Abbey should conduct themselves. Citizens are encouraged to place all their devotion and faith in the institution of the Abbey, particularly the High Overseer. Thus, the Abbey is generally regarded as a spiritual watchdog.

According to developer Harvey Smith, the Abbey believes that the world was created when "[t]he Void issued forth the worlds and stars, swirling around that great, birthing abyss". He also states that the followers of the Abbey believe that "[p]lant[s] and animals arose from the primordial chaos, with humanity separating itself from the beasts of the earth. Dread spirits poured forth from the Void and set about plaguing all men and women, attempting to create discord in their hearts. And since creation, the entirety of the Cosmos has been slowly returning to the Void, pulled back toward eventual destruction".[11]

The Abbey permits no other religions and opposes all acts of magic and witchcraft, in addition condemning those who diverge from the Abbey's ways. As the Outsider is the source of all magic in the world, the Abbey disavows him and actively combats his temptation of mortals.

The Abbey practices the burning of witches and heretics even in the industrialized age, as well as the destruction of supernatural objects, such as runes and bone charms.[12] Conversely, the Abbey is generally accepting of technology, with electrical lighting and broadcast systems common in the Office of the High Overseer. The Abbey even states that the technological progress of the present time eliminates any excuse for the practice of witchcraft.[13]

After the assassination of Empress Jessamine Kaldwin and the ascension of Hiram Burrows to Lord Regent, the Overseers are given leave to work with impunity within Dunwall and are on occasion deployed to act as police alongside the City Watch.[14]

The Abbey has the authority to prosecute civilians for religious crimes and sentence guilty parties at their discretion - logs found in library at the Office of the High Overseer note that seizure of property,[15] financial recompense,[16] public humiliation,[16] service to the Order,[16] prison time,[15] and execution[17] are all sentences that have been carried out by the Abbey.

With this extended authority, the Overseers become fanatical in their efforts to cleanse Dunwall of occult practices. The Heart tells Corvo that "[t]he Abbey is dark - its doors are locked, and no more the great sermons. The Overseers have taken to the streets".[18]

The Trials of Aptitude

Children who have the "proper inclination" for the position of Overseer are "marked" by the Abbey and observed for several months to "determine whether this inclination is supported by cosmological conditions and other signs, ongoing throughout the year". Those found to be worthy are abducted from their homes and, after several months of spiritual preparation, make a pilgrimage to Whitecliff. There they undergo the Trials of Aptitude, which determine who among them is worthy to become an Overseer, and who must be "put down".[19]

The Feast of Painted Kettles and the Dance of Investiture

In the event of an acting High Overseers' death, a group known as the Ascending Circle made up of senior Overseers, Vice Overseers from various enclaves, senior Sisters of the Oracular Order and the High Oracle[20][21] announces the Feast of Painted Kettles, commencing deliberations over who should be appointed to the position of High Overseer.[9] When a new High Overseer is chosen, a ceremony called the Dance of Investiture commences.[21]

The Fugue Feast occurs after midnight on the last day of the calendar year, a period which is said to exist outside time. Any events that occur during this period are not recognized to have ever happened, giving the population free reign to commit inappropriate, immoral, and sometimes criminal acts without official consequence. Although it is unknown if the Fugue Feast is strictly a religious holiday, it falls to the High Overseer to officiate the ceremony, and to the Overseers to observe cosmological signs, which determine when the new year begins.

Retrieved from "https://dishonored.fandom.com/wiki/Abbey_of_the_Everyman?oldid=163757"
Community content is available under CC-BY-SA unless otherwise noted.