What's on your mind?

I just wanted to add a small thank you note to this page, since I had been working on a scientific paper about female representation in the Dishonored games for one of my college courses that i just finished today. The detailed pages, especially the ones on background characters were an absolute blessing. THANK YOU to everyone who contributes to these articles you made my work so easy and fun. I had the data i needed in about an hour, instead of having to watch hours of playthroughs or replay both games myself to get the information i needed. Without you that data would have probably been incomplete at best (especially since one of the criteria in my paper was analysing the jobs that female and male npcs had in dishonored, figuring that out on my own would haven taken ages) ❤️❤️❤️❤️❤️❤️❤️❤️

I just bought a copy of dishonored goty edition and I'm jumping in pretty much blind, only looked at a little bit of stuff online. Any tips? I think I'm trying to not kill anyone since I read it effects the ending

Does it make sense to buy a single edition instead of two separate ones? I want to know what I am overpaying for. 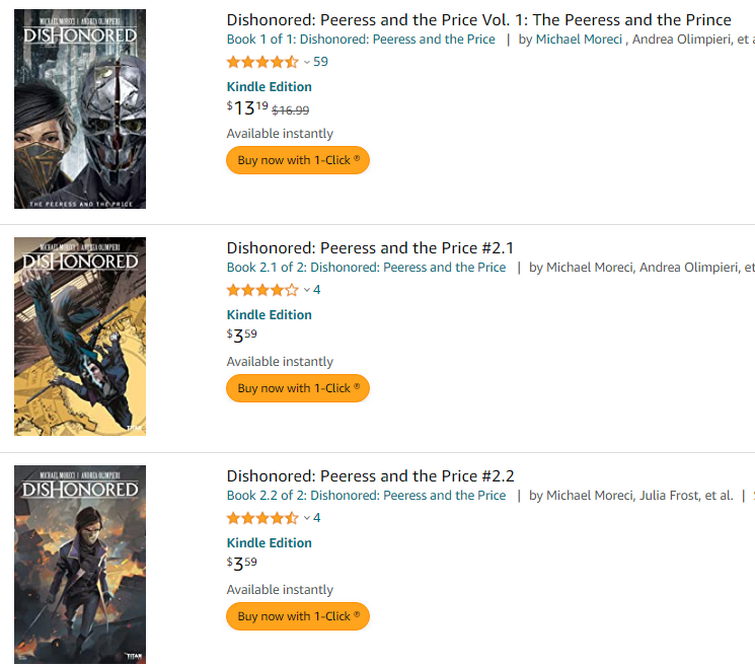 I can't comment on pages for whatever reason, but I wanna add something to the Black Shard Arm and Sliver in the Eye pages.

Was Billie more susceptible to magic because of time travel?

Billie comments how she has nightmares about losing her eye and arm, she comments how she feels pain in her arm and eye even though they're fine. The Outsider saying he's "returning" something to her when he gives the arm and eye. The Hollows are literally alternative realities.

IThey're clearly a result of the time travel change done by Emily. I think this should definitely be written on her arm and eye pages. I'm a bad writer tho so I don't know how.

Basically the important parts are these:

Billie Lurk lost both her right arm and right eye while searching for Aramis Stilton. This damage was undone when Emily Kaldwin changed the past while exploring his mansion.

Billie talks of her arm and eye still giving her nightmares and pain showing the distorted reality. When The Outsider gives the Sliver of the Eye and Black Shard Arm to Billie he implies they are related to her paradoxical eye and arm. One of the eye's powers is literally seeing Hollows, which are alternative realities.

Does anyone know who made this? It's called both official and fan made. I can't find anything on it or where it came from. 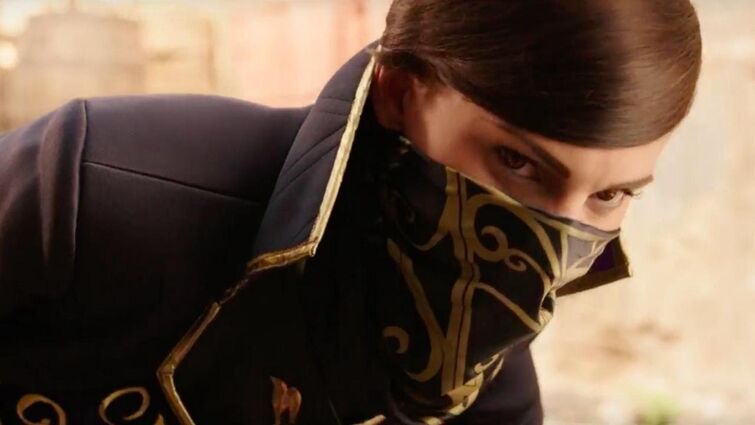 How can I take out dialogs, texts, audio files, etc. from the game? I searched all over the internet, but I couldn't find a way to do this.

I think that Piero Joplin is at least partly inspired by Stephen Maturin.

My father set me on the Aubrey-Maturin books a month or 2 ago when I was at his house. So far, I'm on 7. There are 20 books total and an unfinished 21st. If you don't know what they are, they're historical novels about a Royal Navy officer, "Lucky" Jack Aubrey, and his close friend and ship's doctor, Stephen Maturin. The books were written from 1969-1999 (when the author died), and there was a good, well reviewed but sadly relatively low-netting movie starring Russell Crowe in 2003.

Piero and Maturin are actually very similar, but there are inconsistencies. Both are somewhat renowned and talented natural philosophers - Piero in engineering, inventing, and some biology and Maturin in biology, botany, and medicine. Both are engaged in conspiracies against tyrants. Piero has his supporting role against the Lord Regent (and Havelock) and Maturin has his role as a British intelligence agent against Napoleon. However, the Loyalists in Dishonored plan to reinstate a monarchy, which Maturin, a Catalan-Irishman, might disagree with, having participatedin failed Irish revolutions and having a personal interestin Catalan independence.

There are some other small things, like the fact that both do not ostensibly care about their clothing. Piero is apparently poor, as is Maturin for small while (usually Maturin has more than enough to dress nice but ends up wearing relatively old and worn clothes because he doesn't care). They both are soft-spoken and detached, and both have poor luck with women. However, Maturin generally does not spy on women in the bath. They also both have close-cropped hair.

There may be some other things, but I am, as I said, only about 30% done with the series, so I wouldn't know. This could be direct inspiration or literally meaningless in every way. I don't know. What do you think?

Btw here's the wiki page for Maturin and Joplin

So the throne room is atop Dunwall tower, and the only way up there seems to be an elevator

So in the beginning of the 2nd game.. how did the duke get the clockwork soldiers, the carriage Delilah was in and all of those soldiers up there?

Maybe I am missing something, I havent played in a while but I am confused

You know, I find it interesting that Corvo is possibly inspired by Spring-heeled Jack, the Terror of London.

So I’ve recently found out about the book dishonored the corroded man and the Dishonored The Peeress and the Price are they any good? I don’t want to spend my money on books that I won’t like and are there any more dishonored books? Thanks!

I’m about to play my first low chaos play through of dishonoured DE any suggestions to make this easier for me?

How do you think the empire would be if the loyalists ruled instead of Emily or the lord reagent ?

Im back on Dishonored 2 after 3 years of it sitting on the shelf. God this game is amazing. Really scratches that "stealth itch" that i get every so often. Im on my way currently to the Clockwork Mansion. Just bought the enhanced dark vision. Its a shame they didnt add different sword types. But what they lack in cosmetic/physical goods. They make up with tactical gameplay, and an open approach to every situation given.. really hope they create Dishonored 3. With a new land. A new protagonist. But someone the outsider approached before even Dauds time. Really hope everyone is playing this still after all these years.

The Assassins Four: a fifteen page adventure wherein the players can aid the Bottle Street Gang against the schemes of a distinguished aristocrat.

Dishonored RPG Dice Set: a set of custom dice designed for use with the 2D20 system.

So I’m replaying dishonored 1 and I was wondering what the must get abilities, I know that possession and slow/stop time can be extremely useful, but are there any others that I should know of?

Help i am having so much trouble, I am in legit purgatory and every video is sped up